BlackBelt is a new 3D printer that uses a carbon fiber conveyor belt as build surface. As it prints at an angle it can produce really long objects.  It can make many different objects in series or one big object.
Due to geometry and angle, some objects will need a "starter" object or support to hang on to.
It is also possible to print support-free overhangs! 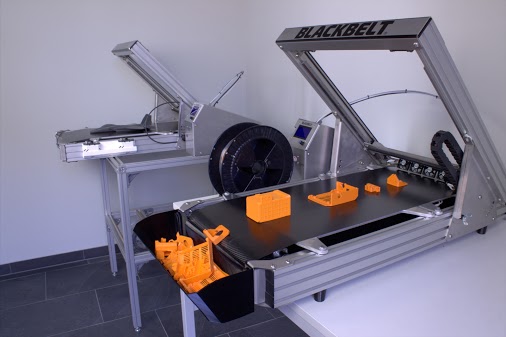 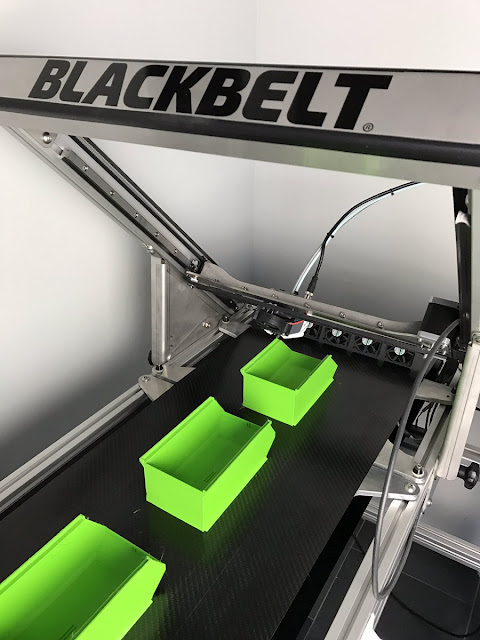 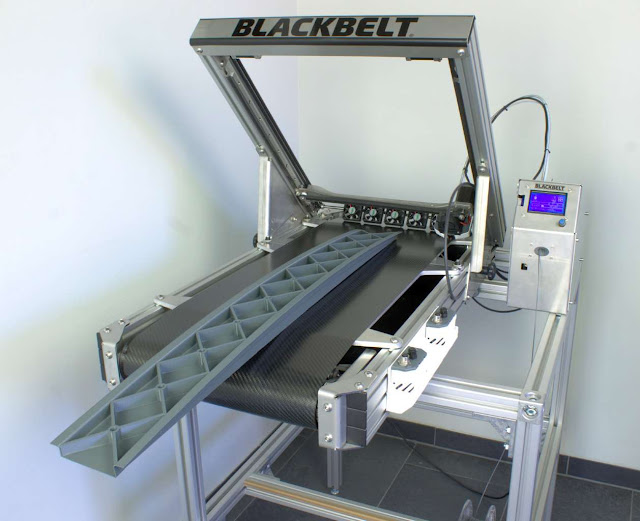 
This machine looks very interesting, but what gets me suspicious is a lack of video material. There are only a few short videos and no reviews, tests or extensive presentations.

BlackBelt went on Kickstarter and they announced that they have a patent pending, the 3d printing community claimed that there are issues about that since there were similar open sourced systems.
More can be found at: