Görkem Bozkurt developed an Arduino powered astronomy pointer and tracker that can be made on a DIY 3d printer.
It could probably be customized to move a small telescope or asrophotography setup.

He described his project as:


Star track is an Arduino based, GoTo-mount inspired star tracking system. It can point and track any object in the sky(Celestial coordinates are given as input) with 2 Arduinos, a gyro,RTC module,two low-cost stepper motors and a 3D printed structure.


Do keep in mind that lasers are dangerous and that there are strict laws against pointing at airplanes.


Very detailed build guide can be found at: 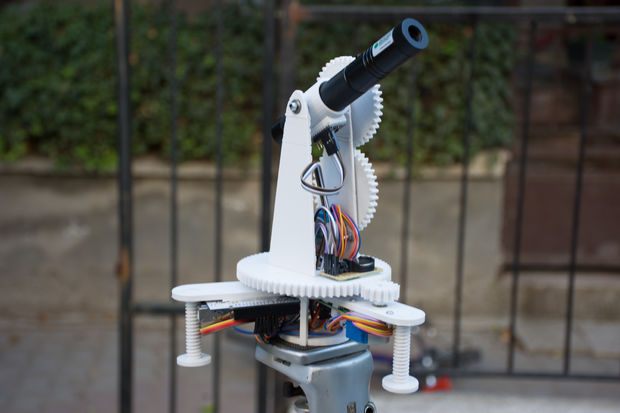