Fouche 3D printing well known for their large functional parts like 3d printed car jack, just released the video of full sized fully functional 3d printed DIY acoustic guitar. We have seen 3d printed electric guitars before, but they are simple to make since there is no resonant body.

There have been acoustic guitars 3d printed earlier, but they were small, made from several parts or made on an industrial 3d printer.

This guitar print was made possible due to their large format custom build 3d printer. 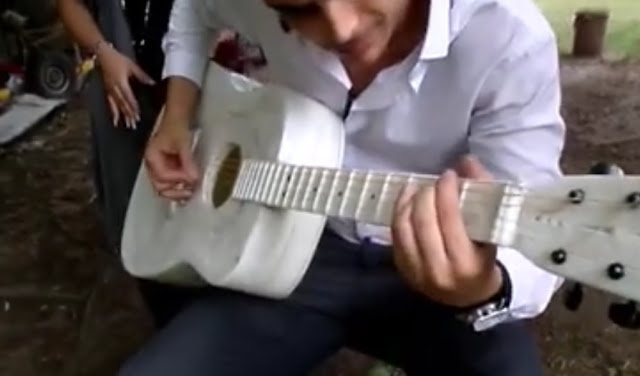 Here is video of it being played: