Jason developed Ultimaker 2 clone made with aluminum extrusion frame and 3d printed parts. According to his posts it work very well.

He describes it as:


This is not The Greatest UM2 Clone, no.
This is just a tribute.

This project began as a fun way to learn AutoDesk Fusion 360. I started by importing the entire Solidworks CAD file into a new Fusion 360 project, dropped the frame (walls) from the printer, built 20x20 Misumi aluminum extrusions to wrap the printer guts and then worked to build brackets to support all the parts that previously attached to the frame.

I've been printing nonstop on this new printer with the same precision and quality as my real UM2. In fact, I can use the same GCODE in either machine with identical results. 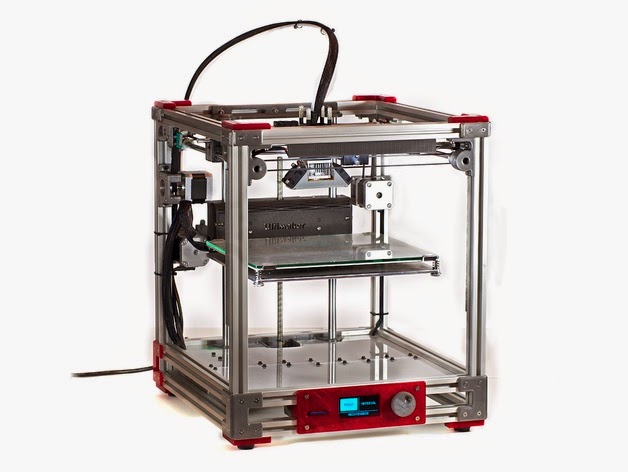 Video of this UM2 clone in action:

All the files and instructions can be found at: