How to make a DIY Stewart Platform with 3d printed parts

Stewart platform is a multi-purpuse robotic platform that is movable in six axis. This machine could be used in all sorts of project where you need multiaxial kinematics. I could see it even being used as part of a 3d printer.

Nicholas Pajerski made a tutorial on Instructables describing how to build a desktop Stewart platform with lasercut and 3d printed parts. It is controlled by Arduino and uses linear actuators enabling it to carry heavier loads. 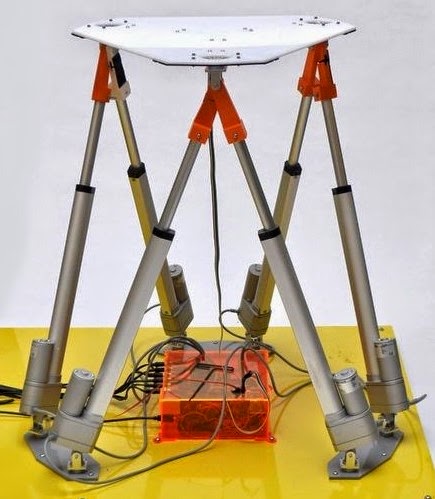 Detailed build guide and all the parts files can be found at:

I have a feeling that a field of home manufacturing robotics is entering a very rapid development phase. 3d printers were just the initial phase.

Here is a much larger MOOG platform controlled by IPad used for flight simulations:


And here is a smaller version doing some balancing: