Solanyl is a biopolymer made as a byproduct ​​from potato starch and can be used as a filament for 3D printers making it a renewable replacement for ABS.

From Rodenburg Biopolymers page on Solanyl:

Solanyl is derived from the latin words Solanum Tuberosum, which means potato. Solanyl® is mainly based on reclaimed side stream starch from potato processing industry grain, root or seed and or flour based resources.

Solanyl® is special tailored for various converting methods and is a renewable substitute for various petroleum-based plastic applications like e.g. PP and HDPE, LDPE. The compounds can be used directly for the production of bioplastics with most common converting purposes with respect to injection moulding, sheet extrusion, profile extrusion, thermoforming and extrusion film blowing products and processes also to produce “natural” look and feel products.

The commercial grades of the Solanyl family are offered as follows:

Since Solanyl takes longer to cool and solidify the printing speed must be adapted to it (30-50mm). The ideal extruder temperature should be at 185 ° C. A pleasant side effect is the smell of baked potatoes.
Netherlands based sculptor Jos Hamann used Solenyl successfully to 3d print his sculpture called "The Secundant" in FabLab Breda. There he got help from Fab Lab Breda’s Charlotte Jansen. The filament used by Fab Lab Breda is the result of a student project and is technically not available for sale. If you are interested in experimenting with it, you can contact Charlotte to put in a request. 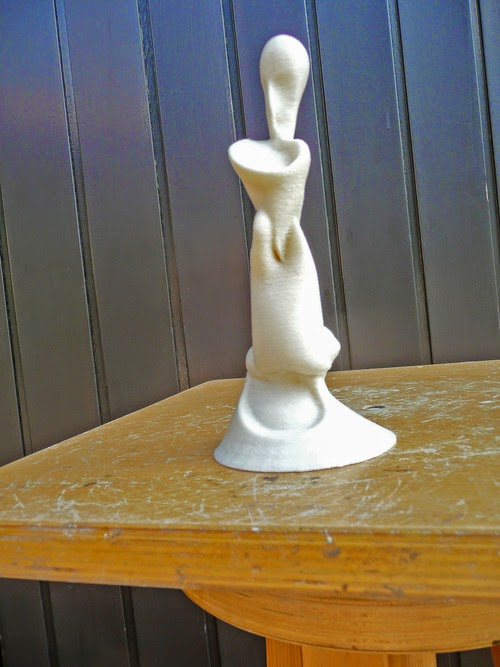 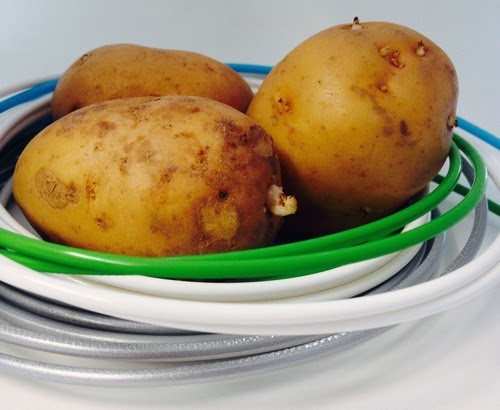