New Valence Robotics presents new 3d printer aimed ad education institutions that features fully automatic 3d printing and part ejection with storage. The company wants to lease this NVPrinter they describe as "the first of its kind, fully automated, cloud-connected 3D printer," to schools for between $3,000 and $5,000 a year. 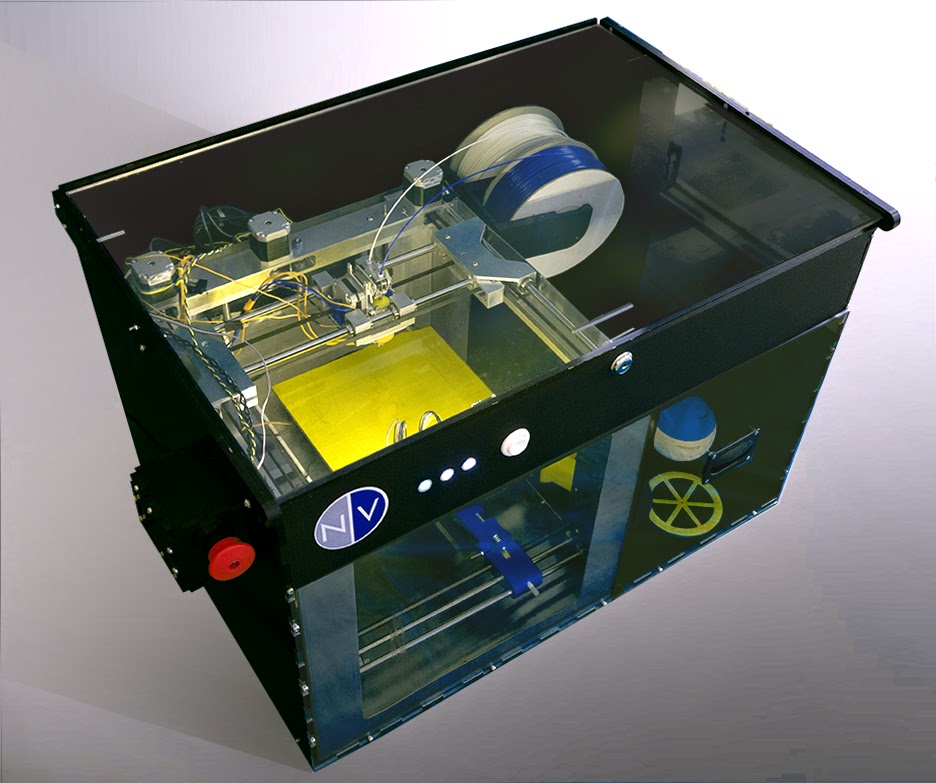 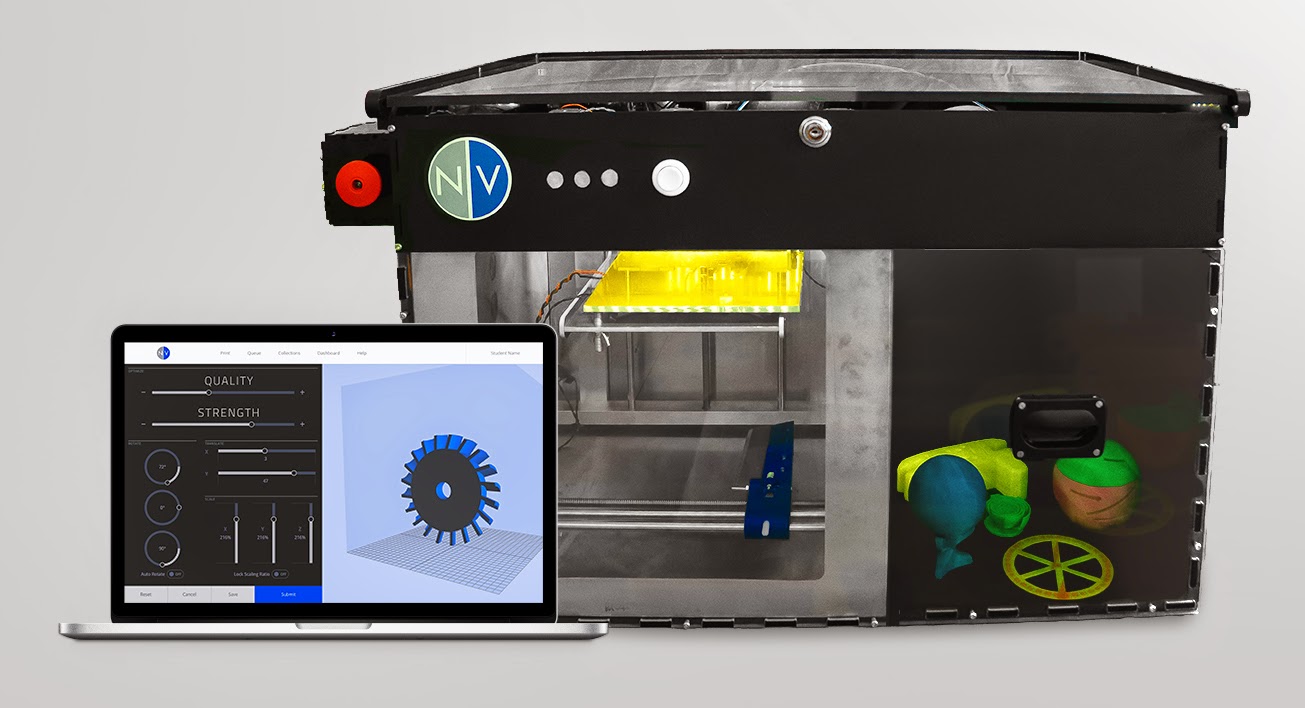 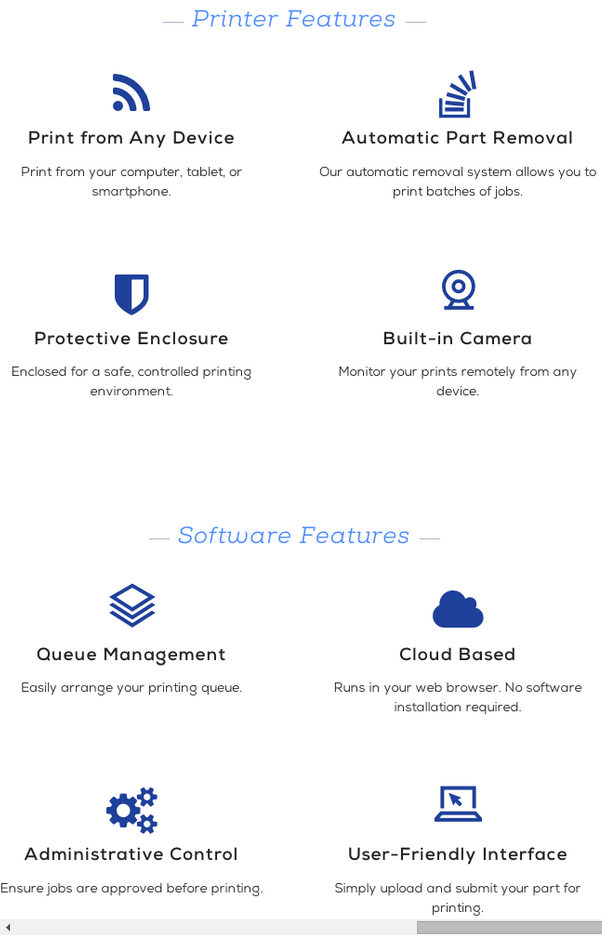 This new machine is certainly evolutionary step forward from the first one they presented:

There are no independent tests or detailed technical specifications. I'm always skeptical with printers that claim high level of automation. There is not even a video of machine printing. We will see ...

They are crowd-funding at: http://www.fundable.com/nvbots

Automatic part removal is nothing new, but it was usually done in DIY fashion with many custom variations mostly by people who use their printers as small business machines to produce many parts: