Nicholas Seward designed this cross screw drive system that moves XY axis on a 3d printing build plate. He did it as a kind of defensive patenting by putting it in public domain.
Similar systems based on  crossed splines are used on Mod-t and Tekma 3d printers. Both comapnies are trying to get patents on this type of cinematics. Patents are a bad bad thing, so thank you Nicholas for thinking about the community.


Both Tekma3D and New Matter both came out with printers that use crossed splines to drive the x and y of their printers. They both are in the process of trying to acquire a patent on the technology.

Being the open source hippie that I am, here is a system that is functionally the same but should give a wide berth to the patents.

To be clear, I don't think this kind of system is very good. I think it is fun to watch.
If the system has opposing racks as shown, one screw should be left handed and the other should be right handed. If all the racks face the same way, like the MOD-T, then you can use two left handed screws. The system is driven just like a CoreXY system. 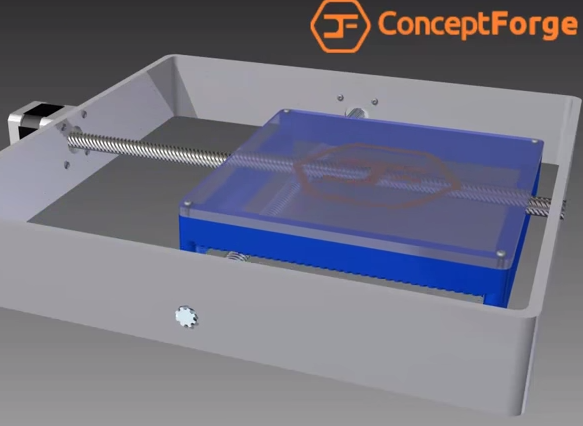