A research group at the Institute for Advanced Architecture of Catalonia (iaac.net), based in Barcelona set on a goal of reelaborating 3D printing techniques so as to overcome existing limitations of this technique in large-scale.

The objective was to develop a family of small scale construction robots, all mobile and capable of constructing objects far larger than the robot itself. Moreover, each of the robots developed was to perform a diverse task, linked to the different phases of construction, finally working together as a family towards the implementation of a single structural outcome. Hence, instead of one large machine, a number of much smaller robots working independently, but in coordination, towards a single goal.

Currently there are three types of robots: 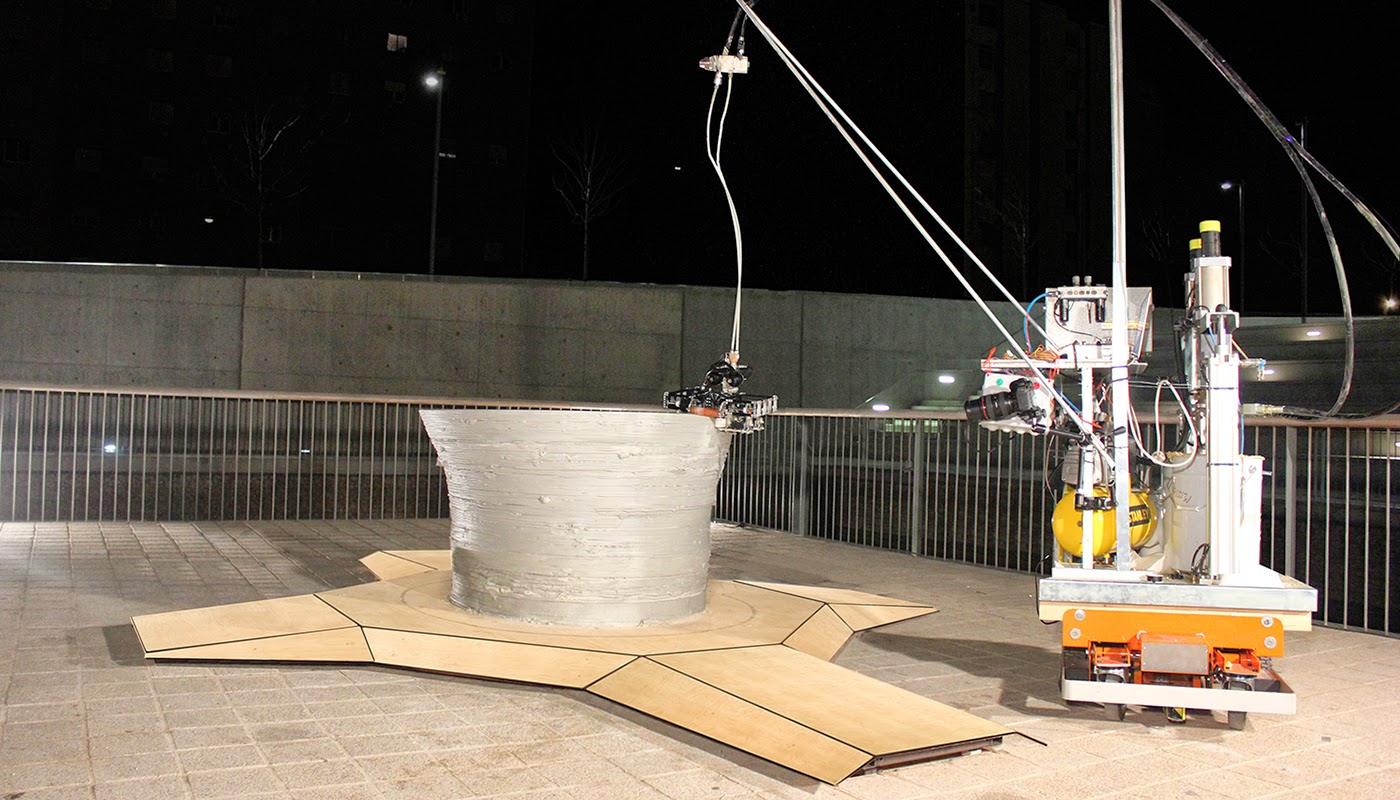 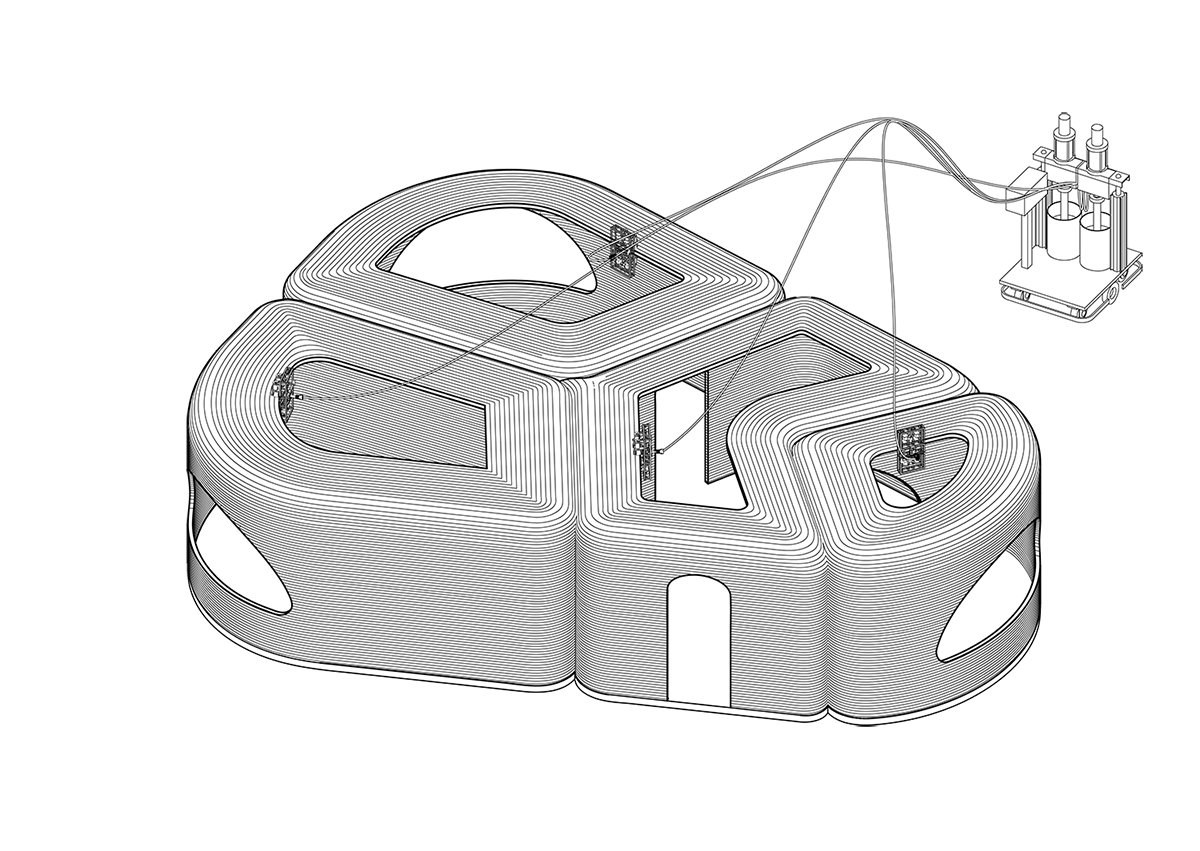 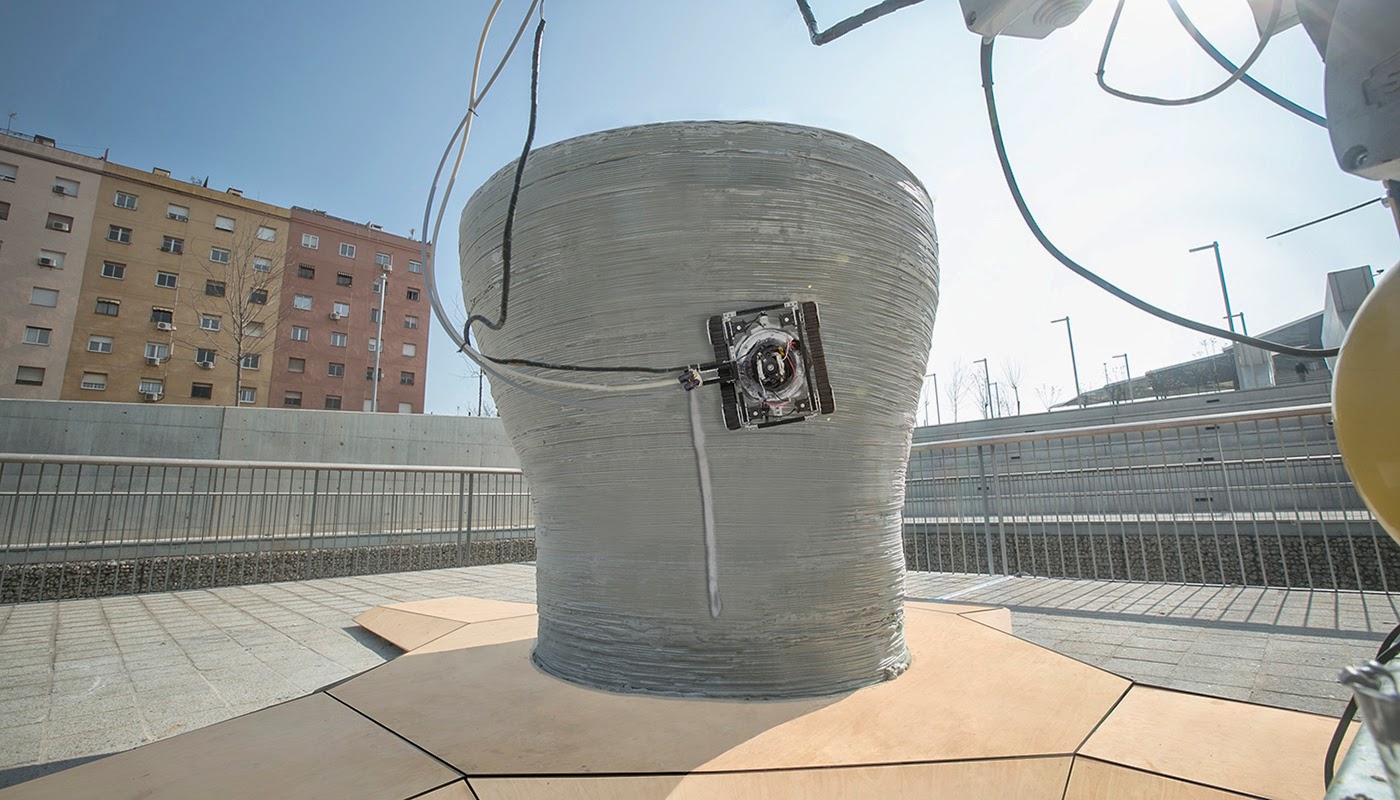