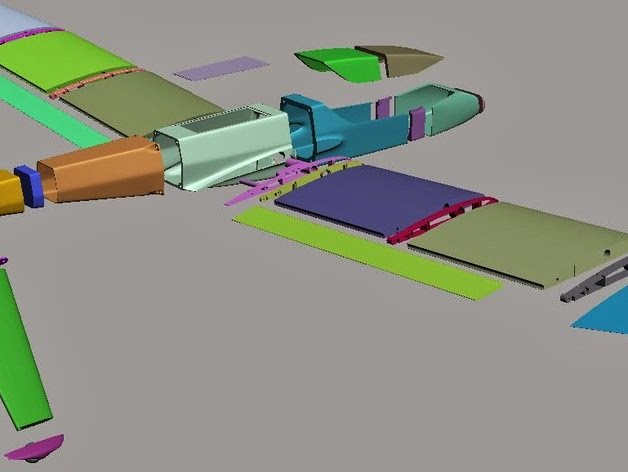 Nomad is project in development of modular 3d printable aircraft measuring one meter in wingspan powered by electric motor. Future versions will be up to 50% larger and able to carry a GoPro camera in their nose.

Nomad is a project by CaptainObvious

This is the Nomad, a new design I'm working on for a travel UAV/FPV airplane. This version has a wingspan of almost one meter, so it's relatively small. After I've completed and test flown I plan to make a 30/50% larger version to carry a GoPro camera in the nose for aerial photography.
The airplane is meant to be modular, the nose and tail sections are joined to the center section with nylon screws, the wings and stabilizers are detachable and even the wing panels can be kept separate to simplify repairs and testing new design ideas.


All files are available at: http://www.thingiverse.com/thing:272478

For more 3d printed drones take a look at: