Just a printer I found on one German website. Homemade and undocumented. I like the aesthetics of the design ... it looks ... well ... German ... shiny aluminum and wires ... just cool ... 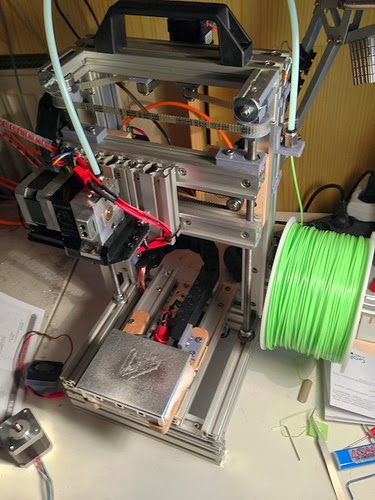 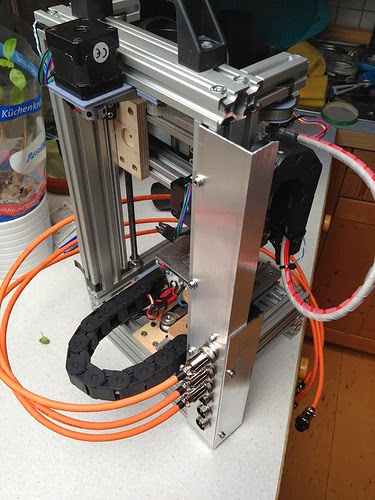 more details will be available soon ...

Tiny now has a heated bed milled out of aluminum. Heating is done by 6x 12V/40W heating cartridges as they are now often used in hotends. Dimensions are 100 x 80mm, the thermistor is immersed directly in the middle. 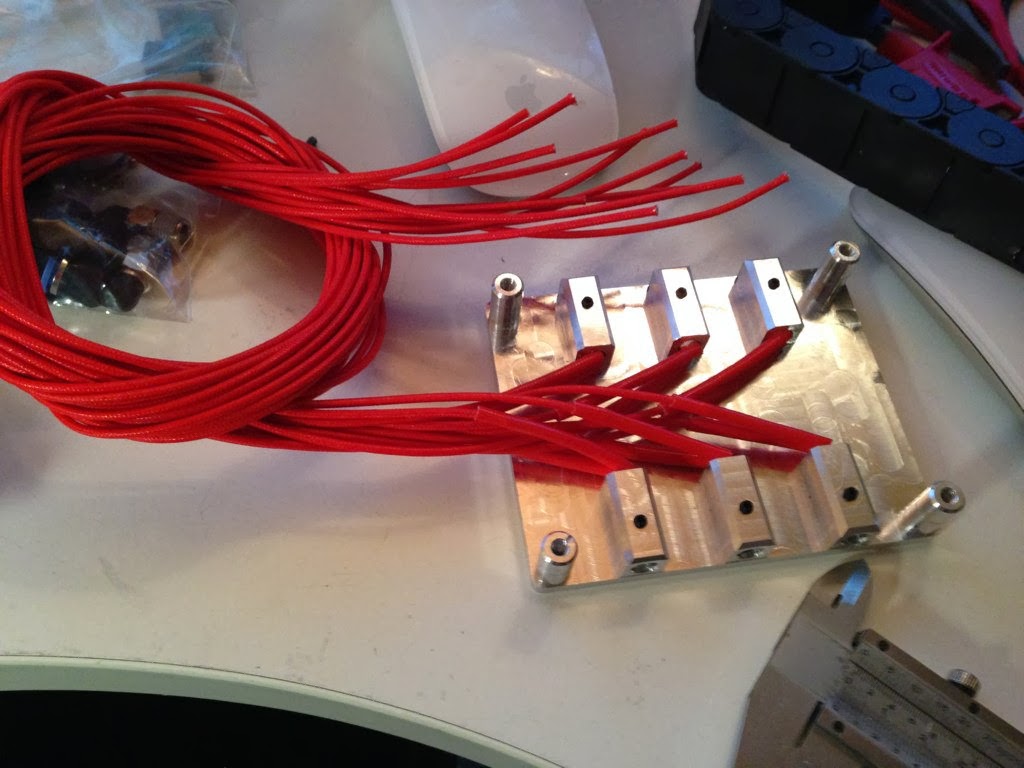 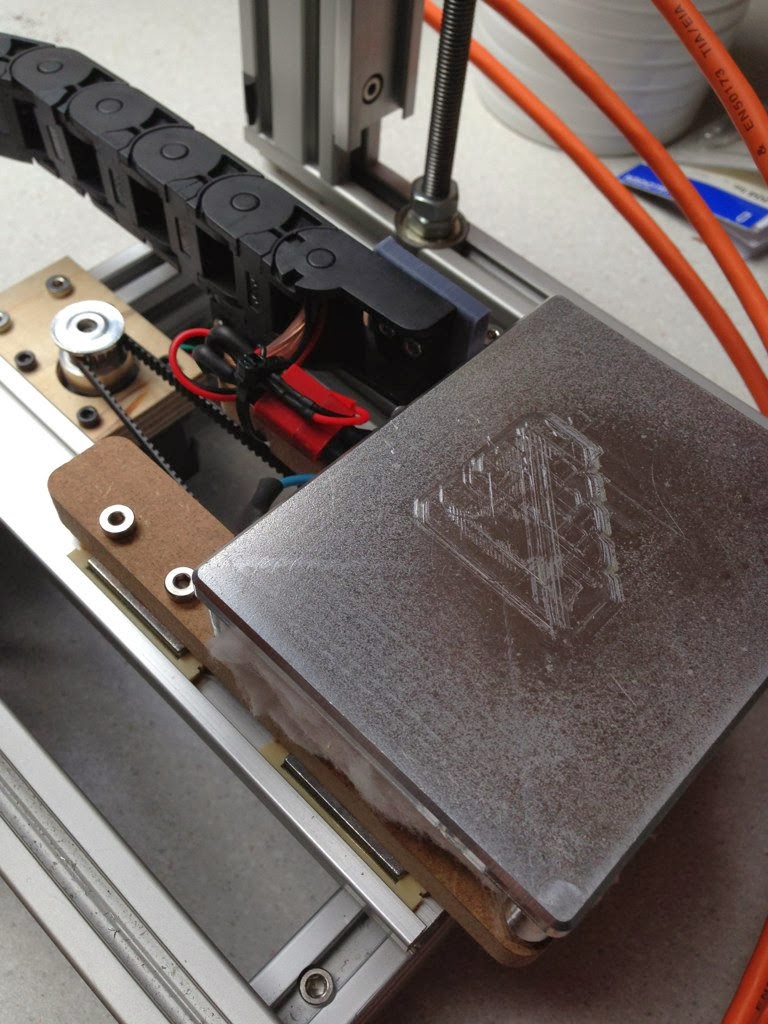 I contacted, the maker, Thomas and asked him is he going to open source the design, he answered:


Not sure about open sourcing it yet. Not that I don’t want to make it open, but a lot of parts where made on the fly without proper CAD modeling.
But I’m planing to swap the wood milled parts for aluminum ones as soon as the design proves to work for a few months, maybe I’ll create proper files then and publish them.
If anyone wants to build it and needs specific measures or information on the printer I’m happy to help out.