faBrickation a new approach to rapid prototyping of functional objects, such as the body of a head-mounted display. The key idea is to save 3D printing time by automatically substituting sub-volumes with standard building blocks — in our case Lego bricks.

When making the body for a head-mounted display, for example, getting the optical path right is paramount. Users thus mark the lens mounts as “high-resolution” to indicate that these should later be 3D printed. faBrickator then 3D prints these parts. It also generates instructions that show users how to create everything else from Lego bricks.
If users iterate on the design later, faBrickator offers even greater benefit as it allows re-printing only the elements that changed. We validated our system at the example of three 3D models of functional objects. On average, our system fabricates objects 2.44 times faster than traditional 3D printing while requiring only 14 minutes of manual assembly. 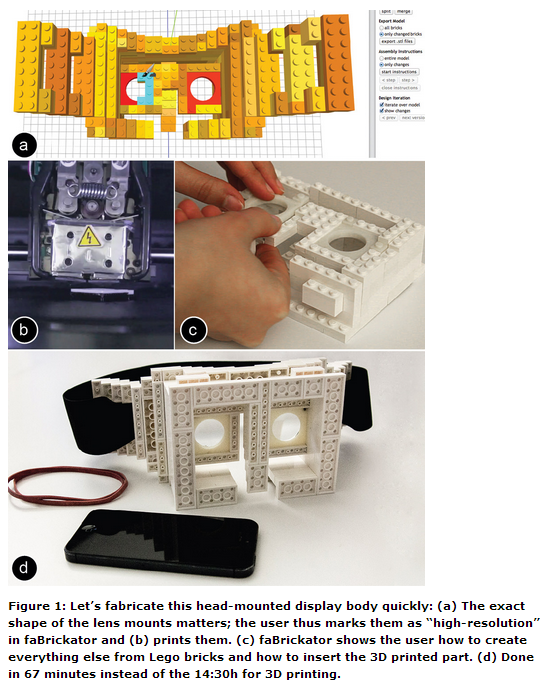