Just before Thanksgiving 2013, Not Impossible's Mick Ebeling returned home from Sudan's Nuba Mountains where he set up what is probably the world's first 3D-printing prosthetic lab and training facility. More to the point of the journey is that Mick managed to give hope and independence back to a kid who, at age 14, had both his arms blown off and considered his life not worth living. 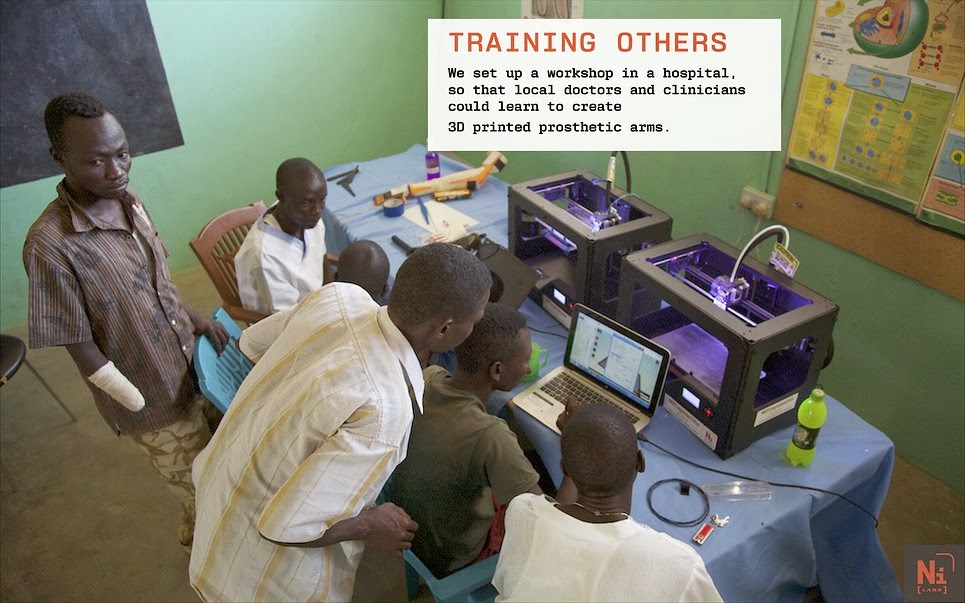 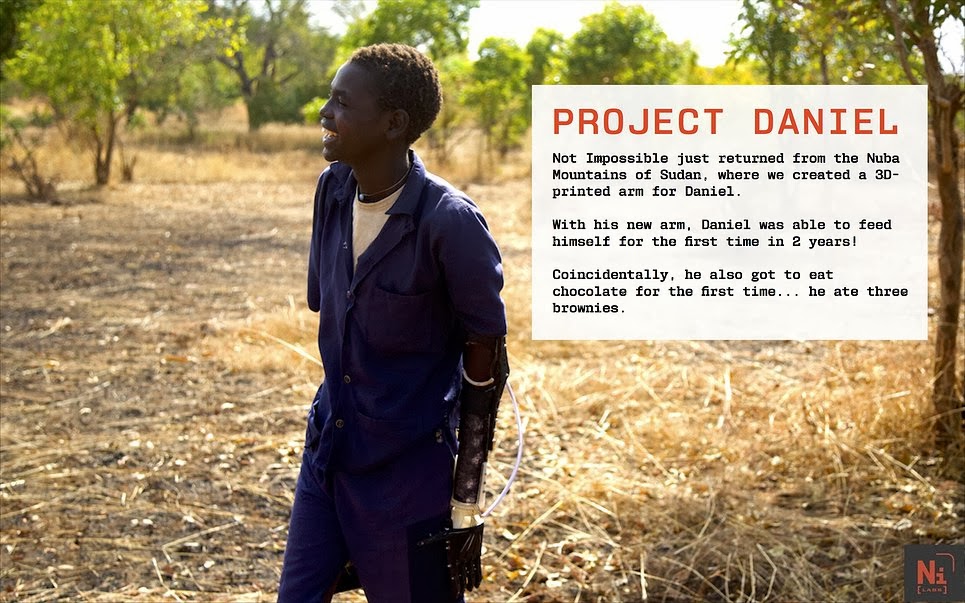 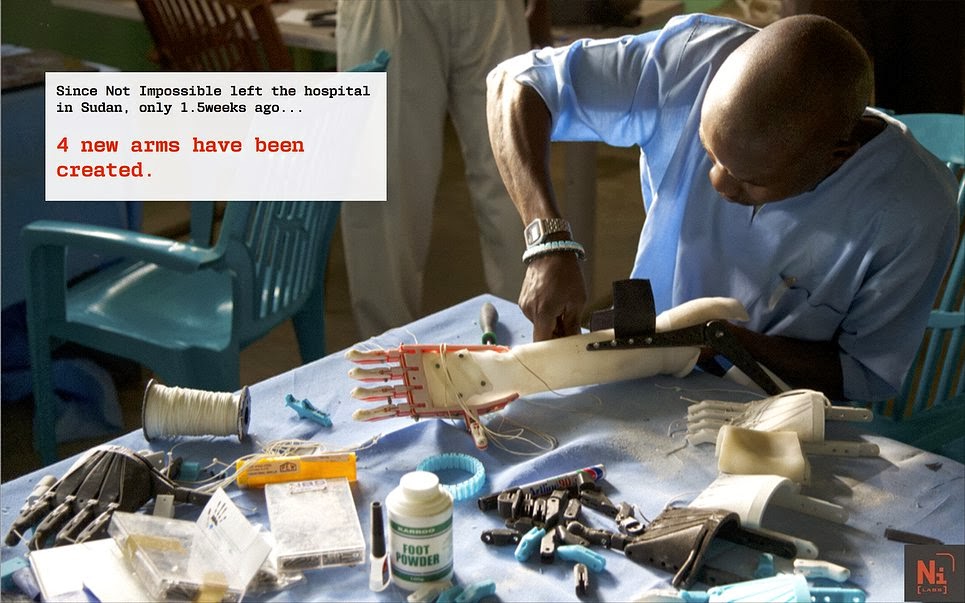 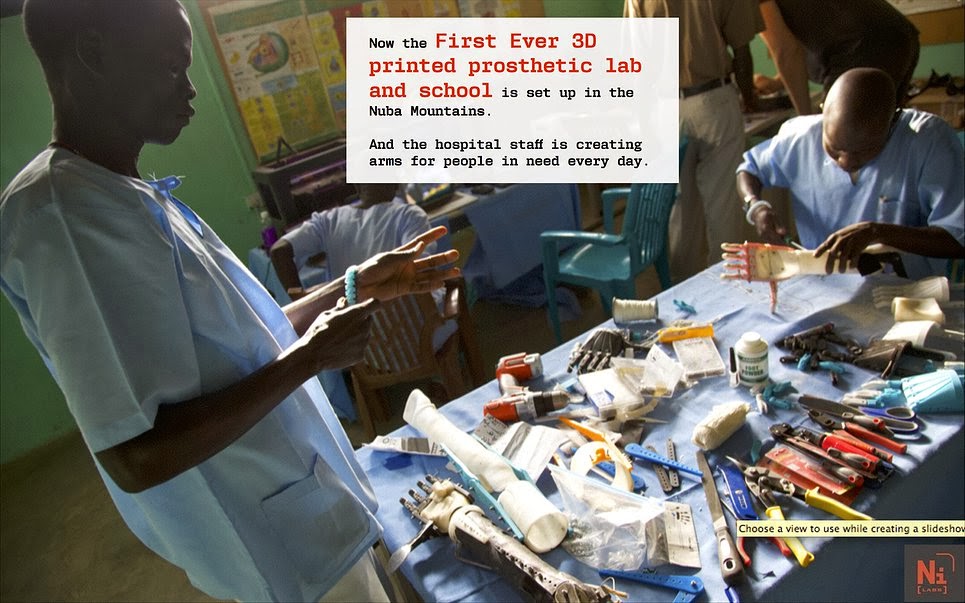 
Intel promoted this project (and used it for marketing purposes):

Here is Q&A with Mick Ebeling