Printing blood vessels out of sugar at Uni Pennsylvania lab.


Bioengineers have been steadily advancing toward the goal of building lab-grown organs out of a patient's own cells, but a few major challenges remain. One of them is making vasculature, the blood vessel plumbing system that delivers nutrients and remove waste from the cells on the inside of a mass of tissue. Without these blood vessels, interior cells quickly suffocate and die.
Scientists can already grow thin layers of cells, so one proposed solution to the vasculature problem is to "print" the cells layer by layer, leaving openings for blood vessels as necessary. But this method leaves seams, and when blood is pumped through the vessels, it pushes those seams apart.
Bioengineers from the University of Pennsylvania have turned the problem inside out by using a 3D printer called a RepRap to make templates of blood vessel networks out of sugar. Once the networks are encased in a block of cells, the sugar can be dissolved, leaving a functional vascular network behind.
"I got the first hint of this solution when I visited a Body Worlds exhibit, where you can see plastic casts of free-standing, whole organ vasculature," says Bioengineering postdoc Jordan Miller.
Miller, along with Christopher Chen, the Skirkanich Professor of Innovation in the Department of Bioengineering, other members of Chen's lab, and colleagues from MIT, set out to show that this method of developing sugar vascular networks helps keep interior cells alive and functioning.
After the researchers design the network architecture on a computer, they feed the design to the RepRap. The printer begins building the walls of a stabilizing mold. Then it then draws filaments across the mold, pulling the sugar at different speeds to achieve the desired thickness of what will become the blood vessels.
After the sugar has hardened, the researchers add liver cells suspended in a gel to the mold. The gel surrounds the filaments, encasing the blood vessel template. After the gel sets it can be removed from the mold with the template still inside. The block of gel is then washed in water, dissolving the remaining sugar inside. The liquid sugar flows out of the vessels it has created without harming the growing cells.
"This new technology, from the cell's perspective, makes tissue formation a gentle and quick journey," says Chen.
The researchers have successfully pumped nutrient-rich media, and even blood, through these gels blocks' vascular systems. They also have experimentally shown that more of the liver cells survive and produce more metabolites in gels that have these networks.
The RepRap makes testing new vascular architectures quick and inexpensive, and the sugar is stable enough to ship the finished networks to labs that don't have 3D printers of their own. The researchers hope to eventually use this method to make implantable organs for animal studies.
Text by Evan Lerner
Video by Kurtis Sensenig 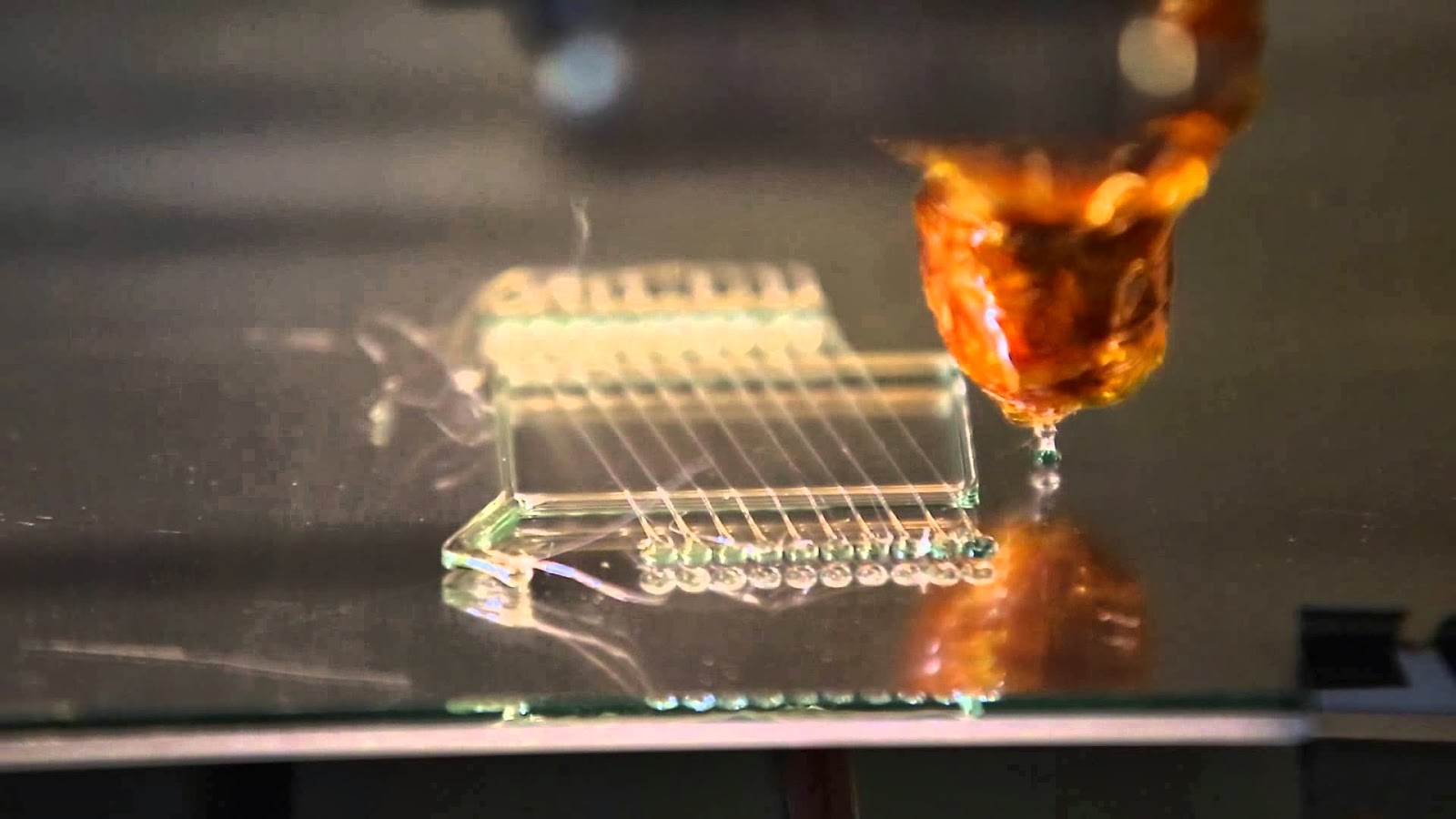