Now they are selling 100 pieces from limited series for 11900 USD each!
From the source article:


"Solid Concepts, which last month revealed the first fully-functional, metal 3D gun, announced today that they're putting 100 limited-edition models of the 1911 .45 caliber pistol on sale for $11,900 each. Solid Concept demonstrated the gun by initially firing 50 rounds through it. Since then, the company said it has fired nearly 2,000 rounds through the pistol without a single malfunction. Unlike the very first 3D printed gun — the single-shot, plastic Liberator — Solid Concepts says is not trying to promote the right to bear arms under the Second Amendment. Its purpose in printing the firearm was to demonstrate its ability to turn out precision, durable parts that could withstand the massive pressure created by firing a bullet. People who purchase one of the limited-edition guns will also have the chance to tour Solid Concept's Texas facility to see their gun being printed, and to join their lead additive manufacturing engineers on the range for the first test firing of their limited 1911 gun." 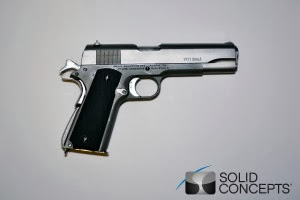 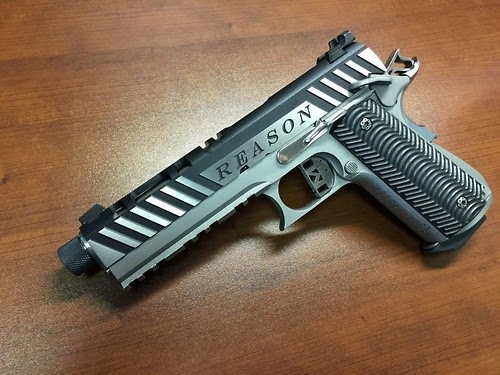