Geoweaver is hexabot walking robot made from lasercut and 3d printed parts that has glue gun extruder attached for printing on walking surface. IT IS A FREAKING WALKING SPIDER ROBOT 3D PRINTER!!!!! AND YOU CAN BUILD IT YOURSELF!!!
very cool ...
It is not highest quality of 3d print and it has some limitations, but this concept could be developed in the future. You could have several in your home that could print different furniture and recycle it every day ... or swarms printing buildings ...

Very detailed information with full build instructions and all the files:

Geoweaver is a student designed robot created in the Creative Architecture Machines advanced options studio at the California College of the Arts (CCA) in San Francisco, California, taught by Jason Kelly Johnson of Future Cities Lab and Michael Shiloh. The design is based on a 12-servo hexapod with a glue gun extruder attached, and is the culmination of about 60 days of research and prototyping. Although the robot's official name is Geoweaver, it also goes by many aliases: Servo Killer, Eater of Shields, Melter of Wires, and Destroyer of Regulators, among many others. It is a very difficult and delicate machine, and is not a project to be tackled for the faint of heart.
But if you do take it upon yourself to accept it's challenges, it's rewards are great: it is a six-legged, walking 3D printer. The center mechanism uses two servos to control the pendulum-like extruder head, allowing it to cover a basic XY plane (though curved to the surface of a sphere, see video above), and one servo for the extrusion gear that forces the glue-sticks through the "print head." All of this can be controlled through the software Rhino 5, with the plug-ins Grasshopper and Firefly 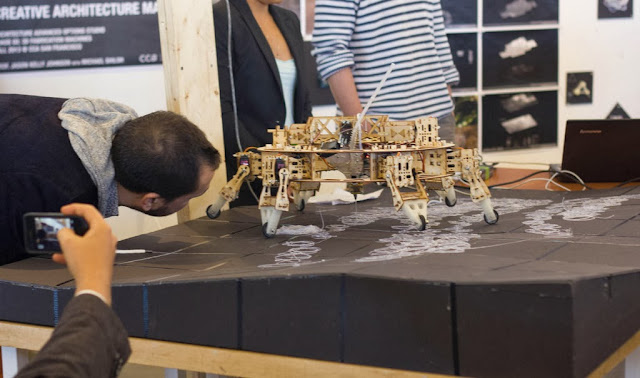 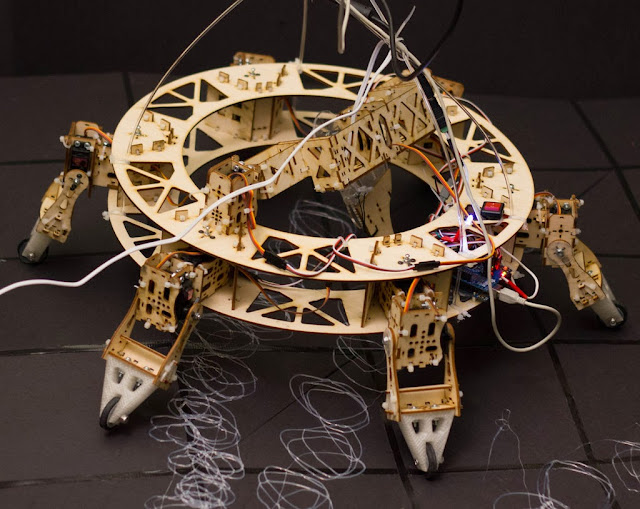 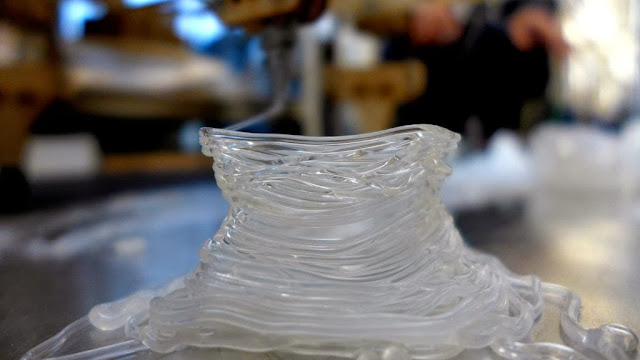 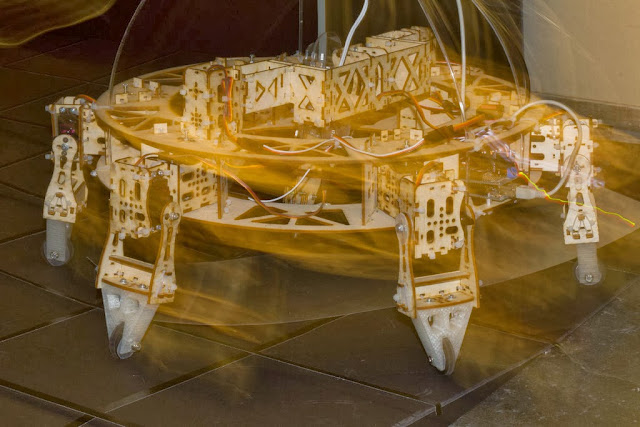 here is a video of small robotic "ants" or "termites" building structures. If you combine these two technologies, some interesting synergies could emerge.