Detailed construction manual and all the files needed: 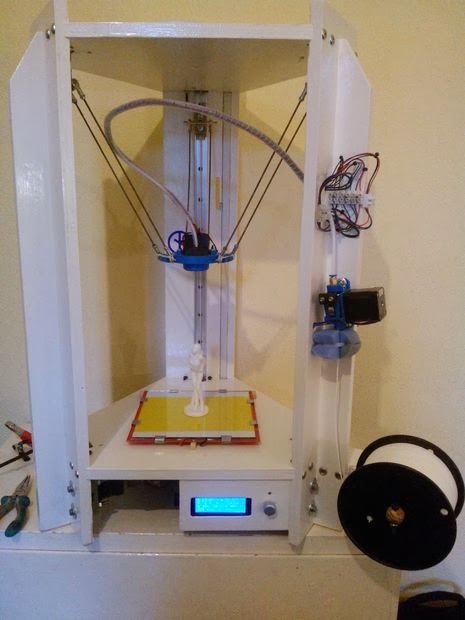 There are some similar detailed build guides for Delta printers like this one if you are interested in building different model:

It is on Kickstarter now: