DIY 3d printers made from wood

Wood is very cheap. Wood is easy to obtain. Wood is easy to work with and many shaping technologies are available. It comes in many forms with different properties from flexibility to strength. It is renewable resource. It can be easily recycled.
There were entire generations of printers like Ultimaker based on laser cut plywood, but full wood was never in fashion. probably because it is not high-tech and not self-replicating.
I would like to see more projects with wooden parts. I like the texture and natural aesthetics of wood contrasted to technology.

Here are some designs that use wooden parts, some are fully functional, some are under development:

Mendel90 is great design and it is often built with wooden frame. One of the great success stories with wooden parts. Design is custimizable based on your input and generates paper printable cutting and drilling guides for the frame. 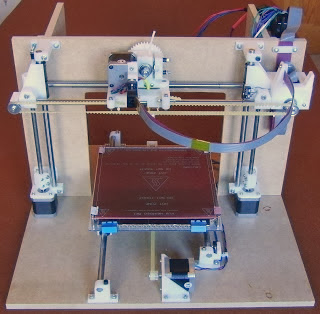 It can have aluminum beams and low cost wood frame. 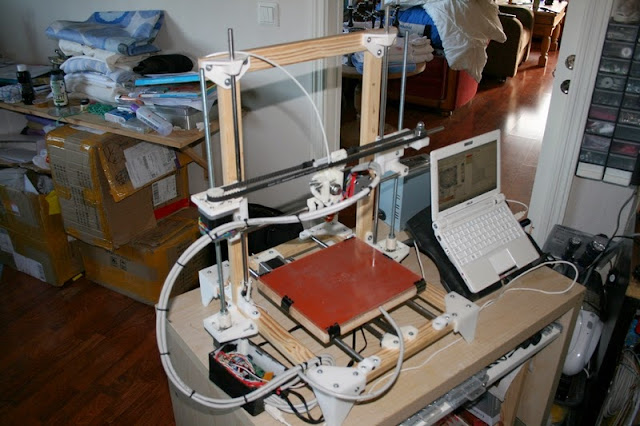 While surfing around I found this reprap with wooden / particleboard frame (maybe made from Ikea furniture). Further information is unavailable. Let me know if you have any additional information about this printer. 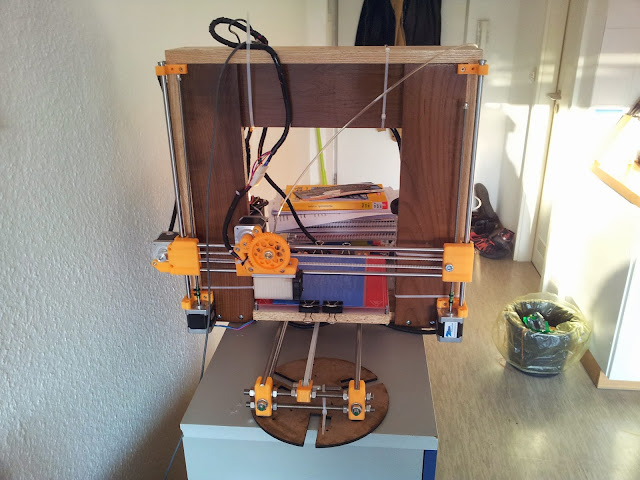 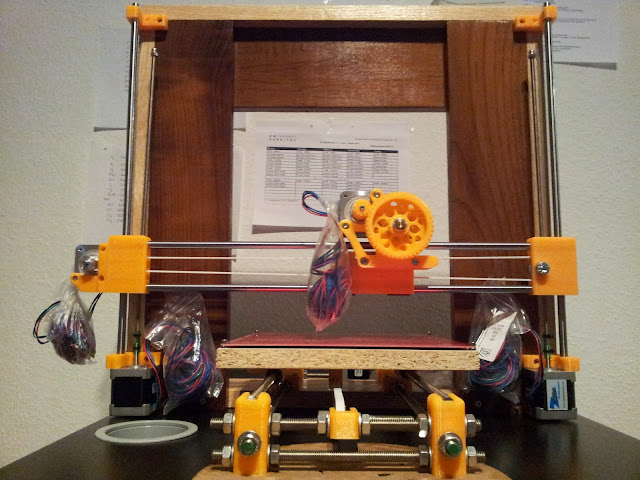 The Gunstrap is a plywood repstrap that is based on the Mantis CNC design. It has a build area of 200x200x100mm (comparable to the Mendel) and is employs a heated build platform and a heated build chamber. Unlike other wood based repstrap's, no ball bearings are required for its construction, excluding the extruder and all parts can be obtained from scrapped printers and scanners. In addition, its build chamber can be heated up to 100 degrees Celsius as most stepper motors are contained out side of the build chamber and no thermoplastic is used in its construction. The only stepper motor within the build chamber is the extruder stepper motor which is actively cooled using a peltier. 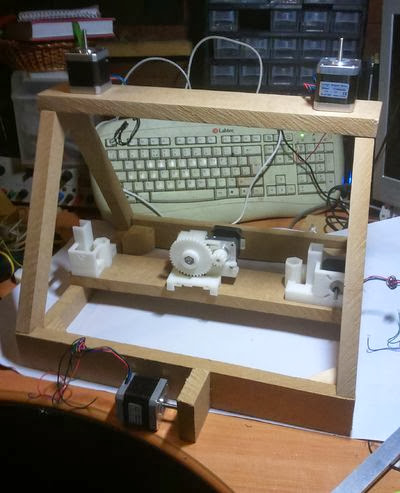 
Many bootstraped RepStraps are made from wood: 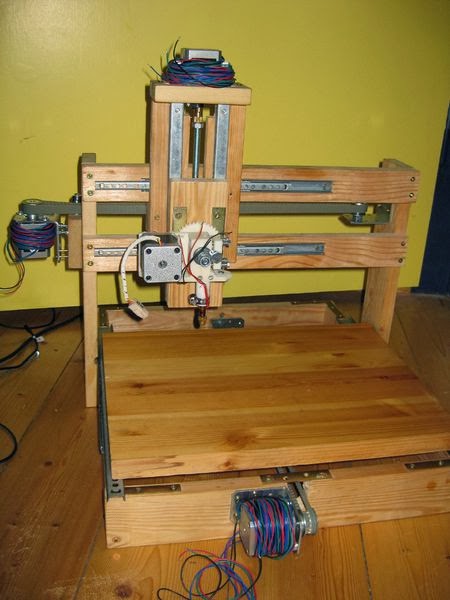 There is well documented Wolfstrap from Germany.


There are several other designs at:


World needs YOU to use more wood in 3d printing!

Links to other DIY 3d printer projects made from wood:


Here are some new Delta printers with wooden frames:


MSF is ultra low cots wooden Repstrap that can be made for 100 USD:

BYQ if Polish design of 3d printer made fully out of 8mm plywood with no 3d printed parts:

You can also make 3d printer enclosures from wood:

Qirky Bot has plywood base:

IcePick is a delta 3d printer that could theoretically also be pick-and-place robot for home manufacturing. It is make with no metal liner bearings or rods.

Instructables guide on how to design wood frame 3d printer:


IKEA footstool made into a 3d printed based on Prusa i3: