By caging bacteria in microscopic houses, scientists at The University of Texas at Austin are studying how communities of bacteria, such as those found in the human gut and lungs, interact and develop infections.
In a recent experiment they demonstrated that a community of Staphylococcus aureus, which can cause some skin infections, became more resistant to antibiotics when it was contained within a larger community of Pseudomonas aeruginosa, a bacteria involved in various diseases, including cystic fibrosis.
The work was published this week in the Proceedings of the National Academy of Sciences.
The researchers use a novel 3-D printing technology to build homes for bacteria at a microscopic level. Their method uses a laser to construct protein "cages" around bacteria in gelatin. The resulting structures can be of almost any shape or size, and can be moved around in relationship to other structures containing bacterial microcommunities.
The method should enable an entirely new class of experiments that better approximate the conditions that bacteria encounter in actual biological environments, such as those in the human body. 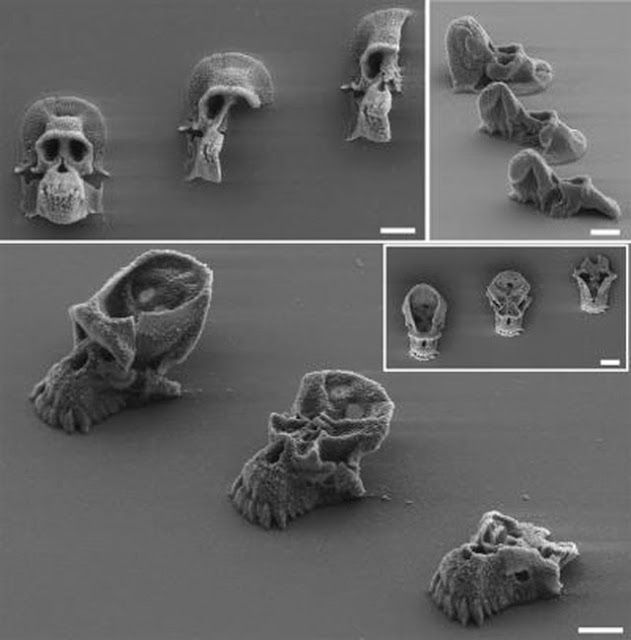 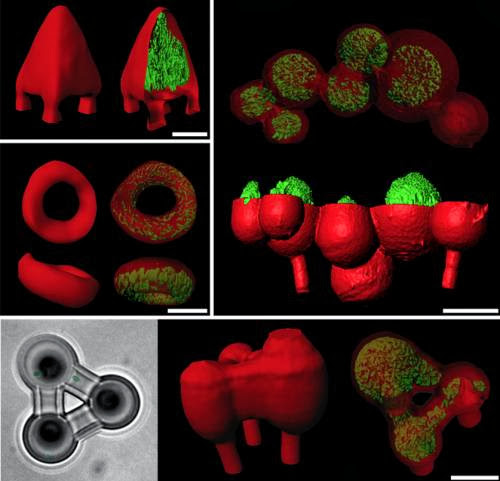