There are two simple projects: one is a simple candy bar style simple DIY cell phone and second one is a Tyfone smartphone. 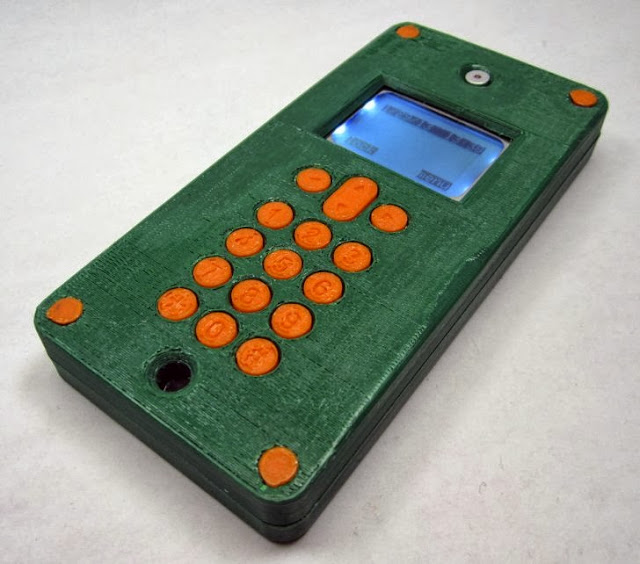 
The DIY Cellphone is a working (albeit basic) cellphone that you can make yourself. It can make and receive phone calls and text messages, store names and phone numbers, and display the time. It builds on the hardware and software in the Arduino GSM Shield but extends it with a full interface, including display, buttons, speaker, microphone, etc. The source files for the cellphone are hosted on GitHub (hardware, software), which also includes an issue list where you can file bug reports or request enhancements.

You can build your smartphone on  Raspberry Pi named the Tyfone with custom Pythone based OS:

Here is a video of it in action: