First NASA certified 3d printer is planed to go to ISS in 2014  aboard the SpaceX Falcon 9 rocket. 3d printer was developed by Made In Space. You should read their company About page:


“The future of space exploration will change forever when everything we need for space is built in space. In this future, parts, habitats and structures are not launched and assembled, but instead 3D-printed, layer-by-layer in outer space with additive manufacturing.” – CEO, Aaron Kemmer 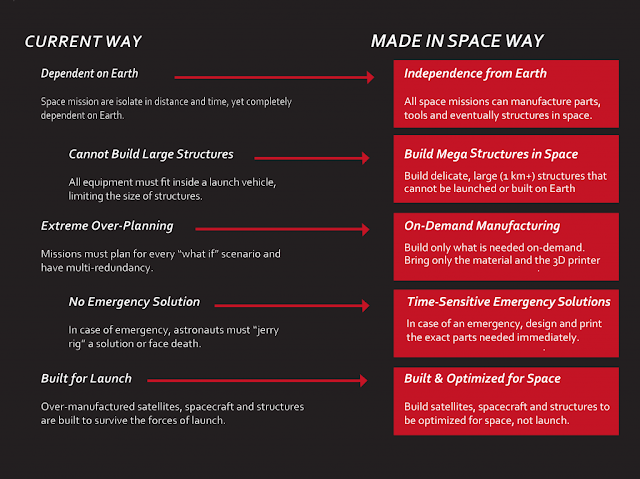 Here is the related TED talk: 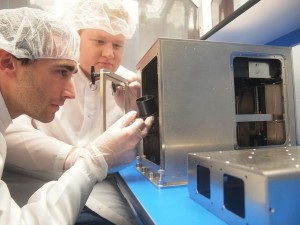 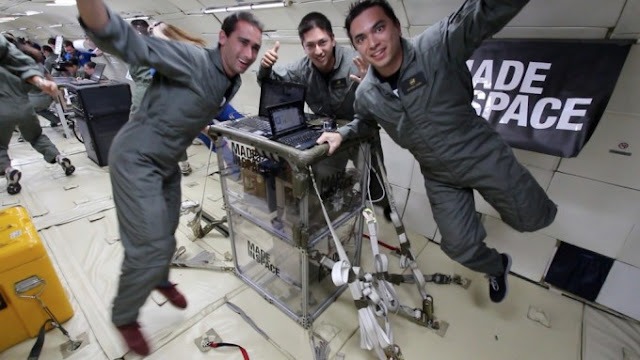 Made In Space Company talk:

All the SF films from my childhood are turning into reality.

The printer is now delivered to ISS via SpaceX Falcon 9 rocket and Dragon capsule: