Taiwanese university launched 3d printed APPL-9C rocket. It is made from modules with many 3d printed subsystems. It should be part of a larger multistage rocket in the future. Looks like many of the parts were done on FDM machines. I always claimed space will be colonized with 3d printers.

The first section of the rocket uses a sugar-based rocket fuel made from sorbitol + KNO3, and its second section features a hybrid rocket motor fueled by Hydroxyl Terminated Polybutadiene HTPB, with nitrous oxide as the oxidant. It accelerates at 15G. 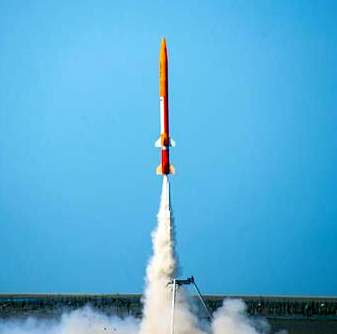 Produced by Advanced Rocket Research Center based in National Chiao Tung University, the two-stage APPL-9C reached an altitude of 1 kilometer before deploying three chutes and splashing down in a Hsinchu wetland.

The rocket, made from environmentally friendly materials, measures 2.7 meters in length, 15 centimeters in diameter and weighs 27 kilograms when fully fueled.