It was introduced on RepRap forum thread:

It was described as:


The extruder is suspended by rubber bands. These are running around several rolls to increase the length (each around 2m relaxed) to have more or less the same force over the whole vertical range. The extruder is connected with a very short latex tube (around 75mm) to the nozzle. This tube decouples the high frequencies between the nozzle and the extruder.
Long story short: I'm printing with no problems with 75m/s and 3mm retraction and still with the same acceleration of 800mm/s². But this was only a short test and I think I can bring it up with a bit optimization.
Another advantage is, that it's now easier to build an enclosure and that the printer is much quieter, because the extruder is decoupled. 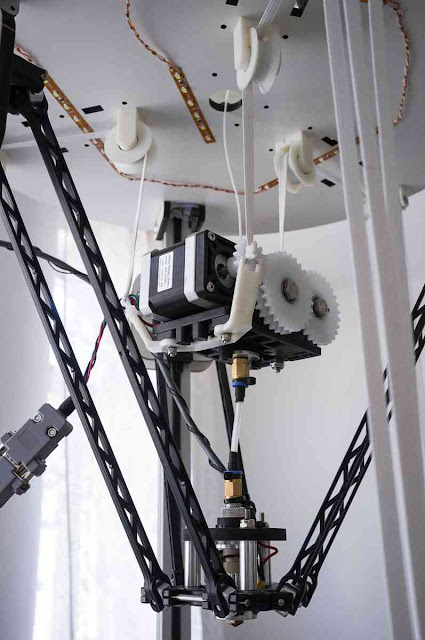 Here is a video of flying extruder in action. The developer claims that the strange motion is due to Kisslicer and that prints are very good.


You can find all the files to build it here:

Looks like it is not developed further, but the design is interesting ...

Does anyone have any experience with it? Let us know in the comments!