Martijn Vaeder devloped a novel cold end extruder which drives the filament with belt drive. Here is what he says abut his invention:

Early prototypes showed me that this improved the extrusion performance significantly. Unfortunately it still deformed the filament the same way as the Greg Wades cold end. Therefor I thought: "what if you increase the contact area between the filament and the drivewheels, so you can reduce the force pressing down on the filament while increasing the extrusion force?". This brought me to using a belt and wheel to clamp the filament between, which gave very promising results during early prototyping. Now many iterations down the line I present to you the Vaeder curved and geared cold end.


Here is the demonstration of an early prototype:

GitHub repository with all the files needed to print it yourself: 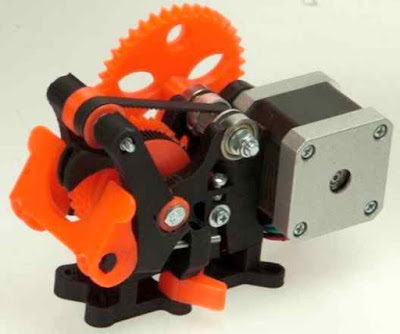