Matt Defenthaler had an old junked Netgear router and he remembered that it could run OctoPrint since it is based on Python. Most modern routers are actually quite capable small computers that can be upgraded by various open source firmwares to do many things.
Matt made it work and documented the process.

Matt used the following setup:
Detailed guide on how to install everything and get it running is on Matt's blog: 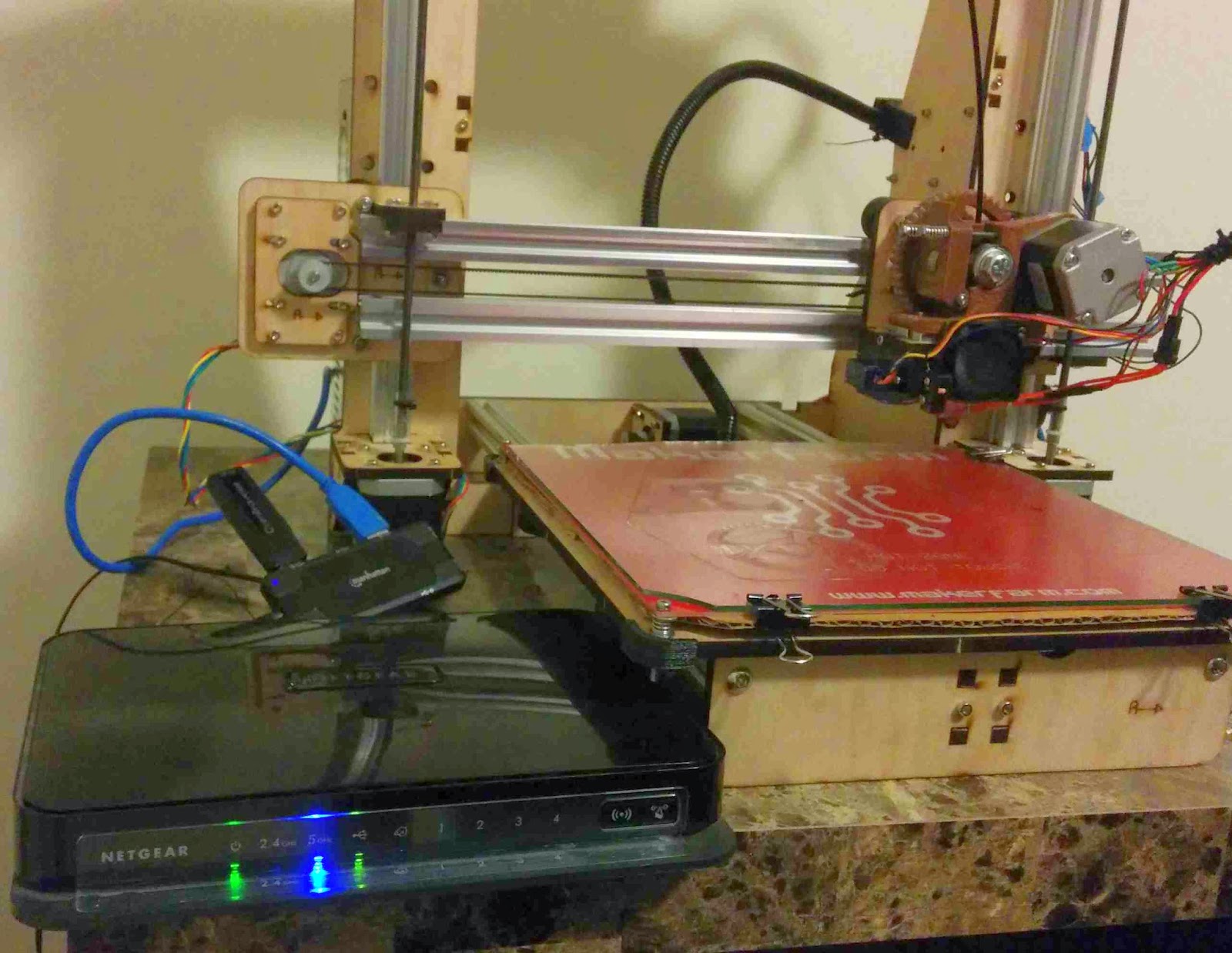 I participate in project called "Open Network" aka "OtvorenaMreza" where we deploy local mash networks open to public and we mostly use cheap and discarded routers running. The mashing software runs on OpenWRT and some members use them to run sensors, cameras and other interesting stuff, Now there is a new thing we could implement.
Kudos Matt!
Email ThisBlogThis!Share to TwitterShare to FacebookShare to Pinterest
Click here for more posts in category: diy, hack, software, usb, web interface, wifi
Newer Post Older Post Home